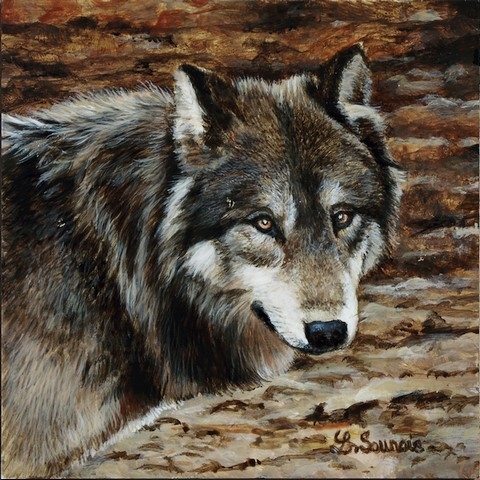 To learn more about miniature painting? ?

What is a Miniature painting ? :
Today, a miniature painting is a painting whose dimensions do not exceed 10 cm x 15 cm. They are often much smaller. The art of miniature painting goes back far in history. Originally, artists made miniature portraits for their patrons to wear. Miniature paintings have endured even after the advent of photography. It is a particular pictorial technique that requires a lot of meticulousness. Often done nowadays on smooth surfaces such as paper or panels specially primed for the occasion, miniature painting was in past centuries, often done on ivory or copper.
Where does the word "Miniature" come from? :
The word miniature comes from the Latin miniare which means to write with minium. This art form owes its name to minium, a lead oxide used as a reddish-orange pigment to trace the letters on illuminated manuscripts. In the Middle Ages, the calligrapher who used this oxide was called miniator, in Latin. When this practice developed with the use of gold and silver pigments, this art became that of illumination. The miniator became an illuminator. (source  WIKIPEDIA )

Adopt a piece of art!

To take home a part of her artistic universe, nothing could be easier! Go to his online store.

On his artistic store, are available for sale:

Laurence Saunois is a realistic and even hyper-realistic animal artist. Her oil paintings are studied to emphasize her subjects and her symbols. Often behind each painting, there is a story: an encounter, an observation, a moment of emotion.
Do not hesitate to contact her. She will be at your disposal to guide you and inform you about any specific request or order.